The Center for Disease Control (CDC) recently released a report on the first 30 days of vaccinations using the Pfizer and Moderna vaccines.

The report data came from the Vaccine Adverse Event Reporting System (VAERS) and V-safe. VAERS is a national surveillance system that accepts reports from health care providers, vaccine manufacturers and the public on adverse vaccine experiences. V-safe is the CDC’s voluntary reporting system that enables those vaccinated to submit daily surveys for one week after their shot and have their information reported to VAERS If they had to seek medical care.

The CDC report published information from VAERS and V-safe based on the first real-world, not clinically gathered evidence. Many, if not most adverse events, have already been reported in Pfizer’s and Moderna’s clinical studies where the negative reactions of vaccine receivers were compared to those of placebo receivers. Putting the CDC evidence together with the clinical evidence is important to gain a clearer picture of actual vaccine safety.

Without this comparison, the general public and media could erroneously conclude that the vaccines lead to significant serious adverse events. Taken together, we have a very important reality check on misleading or absolutely wrong published reports.

Between mid-December and mid-January, about 13,800,000 doses of the vaccines were given. Only 6,994 adverse events (0.05% incidence) were reported in the CDC’s publication.

About 91% of the adverse events were considered not serious. Only 9% of adverse events were serious (defined as death, life-threatening illness, hospitalization, prolonged hospitalization and the like). The vast majority of the non-serious symptoms had already been noted in the clinical trials  – symptoms such as headache, fatigue, muscle and joint aches, fever and chills.  All occurred within a day of each shot and were very short-lived. Of the 640 serious events reported, 113 were deaths and 527 were other serious conditions.

What is key is always comparing vaccination-related events to the events occurring in everyday life. The Moderna and Pfizer studies reflect this in their scientific trials that include vaccine groups and placebo groups. Thus, viewing CDC report data and clinical trial data provides a more accurate picture of vaccine safety:

A realistic perspective of vaccine safety comes from examining extensive, not cherry-picked numbers:

The CDC report on the first month of vaccinations provides a view of “everyday” rather than clinical conditions. Things look good. Do the math: After ~13,800,000 vaccinations, there were only 640 serious adverse events!

It is true that the evidence could change with further monitoring and observation of vaccine recipients and as new vaccines enter the marketplace. But, serious events among public vaccination efforts appear to be consistent with events discovered in the placebo group of the clinical studies, and with real-world statistics.

In my view, based on the evidence from clinical trials and the new CDC report, the benefit of getting a shot far outweighs the risk of contracting COVID-19.

Remember, “The best vaccine to get is the one you can get now, not the one you wait for later!” 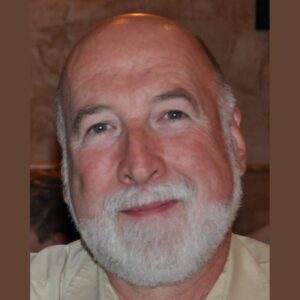