A Plant vs Animal Protein Diet | Is Veganism the Right Direction to Go?

A Plant vs Animal Protein Diet | Is Veganism the Right Direction to Go?

Got milk?… maybe not so much anymore. If you are like most individuals today chances are you grew up watching famous athletes advocate for milk products, while sporting milk mustaches in ads on television. They reinforced the idea that protein from animal products was essential to be strong. The idea being that drinking milk and eating meat would make you strong and healthy like the celebrities you saw on television. 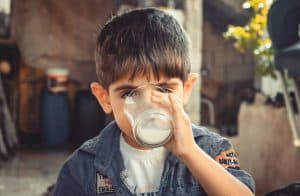 Admittedly, this just simply isn’t the case. It’s true to say that dairy products make your bones stronger, but it’s hard to put aside the countless number of negative effects that the consumption of animal products offer. As appealing as a cheeseburger sounds, research has only progressively gotten more thorough, in which it simply becomes harder to ignore all of the health risks that come along with each bite. Coming from Dr. Brayer from the IARC (International Agency for Research on Cancer),“The data is as strong as it possibly can be that meat creates a higher incidence of cancer, particularly pancreatic, prostate, stomach, and colorectal cancers,” (Brayer).

As the hot topic of veganism began to spread, research shows that athletes are using the vegan diets to gain the upper hand in their fitness and performance. Why? Research shows that the big switch to go vegan turns the body into a, wait for it, lean, mean, GREEN, growing machine. According to “The Game Changers,” an Oscar-winning documentary on the topic of veganism in athletes, one hamburger can increase inflammation in the body by 70%. Inflammation in muscles and bones can increase soreness and decrease athletic productivity. Plant-based foods contain antioxidants that reduce inflammation in the body.  In the consumption of plant-based protein, not only does bodily inflammation get reduced by an astonishing number of 29% in just 6 weeks, but plant-based foods have up to 64 times the antioxidant content that animal products have. In perspective, one iceberg lettuce leaf has more antioxidants than salmon or eggs (Pace, Wilks). 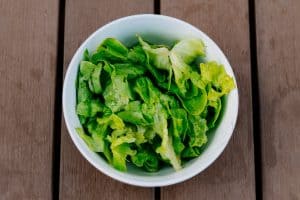 The switch to go vegan dramatically affects the health and lifestyle of the individual both immediately and in the long-run. With doors of opportunity to research that are opened by the continuation of technology advancement, the switch to go vegan only seems to increasingly become more appealing. NFL subcommittee on cardiovascular health, Dr. Robert Vogel, held an experiment that tested the fat content of the blood in the plasma membrane. His theory was that the fat and cholesterol from animal products would make the bloodstream appear in a cloudy substance. The clearer the bloodstream, the less fat content the blood has. On the first day, 3 NFL players from the Miami Dolphins were brought in, and ⅔ athletes were fed a burrito consisting of animal meat, while the 3rd athlete ate a fully vegan burrito that consisted of no meat. After testing the blood of each athlete, it was clear to see that the blood of the consumer of the vegan burrito was significantly clearer than the consumers of the meat burrito. 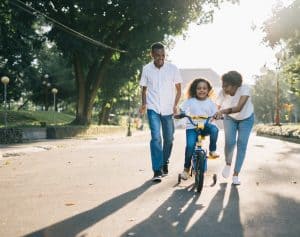 Many Americans today tend to believe that the switch to veganism means that the vegan diet is deficient in getting the right amounts of protein into the body. Many vegan enthusiasts, acknowledge this concern. Nevertheless, several famous athletes are actually thriving off of the vegan diet, and the ability to obtain sufficient protein does not only comes from meat. There are many people around us who have accomplished an ideal physique while on the vegan diet. When the phrase, “the G.O.A.T,” gets thrown around, who do you think of ? That’s right. The New England Patriots own Tom Brady has been thriving off of a whole food, plant-based diet. In addition, this statement comes without mention of his release of his own line of plant-based protein powder mixes, known as TB12 (Smith). Joining Brady in his quest for increased success in health on and off the field, former New England Patriots’ tight-end Rob Gronkowski switched to a vegan diet also, and is “crediting the vegan meal plans for the ‘extension’ of his career” (Smith).

Without surprise, the list doesn’t end here. US Women’s Soccer superstar, Olympic Gold Medalist, and 3-time FIFA World Cup winner, Alex Morgan, switched to the vegan diet in the beginning of 2018 and claimed that she “didn’t know she could feel this strong” (Gleeson). All athletes need a reliable energy and protein source to fuel them to do what they do best: perform. Why would athletes take the risk of being deficient in protein in their diets, when their career relies on their ability to stay healthy and physique? Here’s the thing, they wouldn’t.