In this blog, I’ll discuss the two types of tests available for SARS-CoV-2 (the agent causing a COVID-19 infection) and their usefulness. In Part II, I’ll discuss the significant limitations of the antibody test. 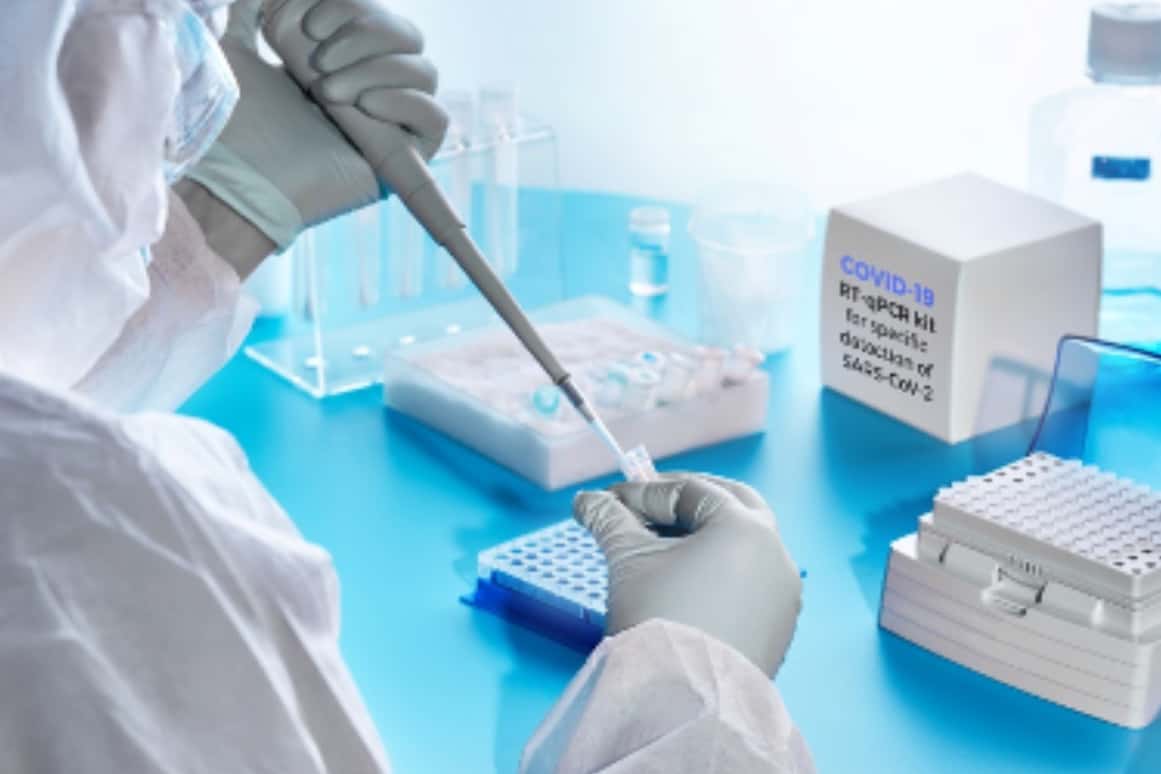 Often referred to simply as PCR, this is the most used and most reliable test for diagnosis. Without going into detail, this test detects and amplifies viral RNA through molecular techniques (replication cycles). The fewer the replication cycles needed to detect the RNA, the higher the viral RNA loads (amount of RNA present in the specimen, commonly referred to as titers). A positive result reflects the presence of viral RNA, but not necessarily infectious or viable virus. Coupled with illness symptoms, a recent exposure, or a strong suspicion, a positive test indicates an active infection. Depending upon the source of the test specimen, the RT-PCR can be positive for several days before the onset of symptoms to as long as several weeks after the onset of symptoms – although the titers may be much lower. One potential issue is that in some cases, non-infectious viral RNA, rather than infectious viral particles can sometimes be detected after a negative test result. This can occur as parts of the virus that contain RNA are being shed. Someone whose tests were negative after they improved, and then had positive PCRs have not been shown to infect others. Initially, it was thought that these people were suffering a recurrence of the infection. It looks as if that is not the case.

There is a possibility of false negatives due to the timing of the sample in relation to the illness, the source used and sample collection errors/sample handling errors. In fact, some clinicians have reported false negative rates of anywhere from 2% to 30%, depending on where the sample is collected (nasopharynx, mouth, lung washings) and the means used to collect the sample. On the day symptoms first appear, the median false negative rate may be upwards of 38%. It may drop to 20% on the third day after symptom onset, and then climb to 66% two or more weeks later.  Conversely, a false positive test is extremely unlikely since the RT-PCR test looks for specific sites unique to SARS-Cov-2 RNA. 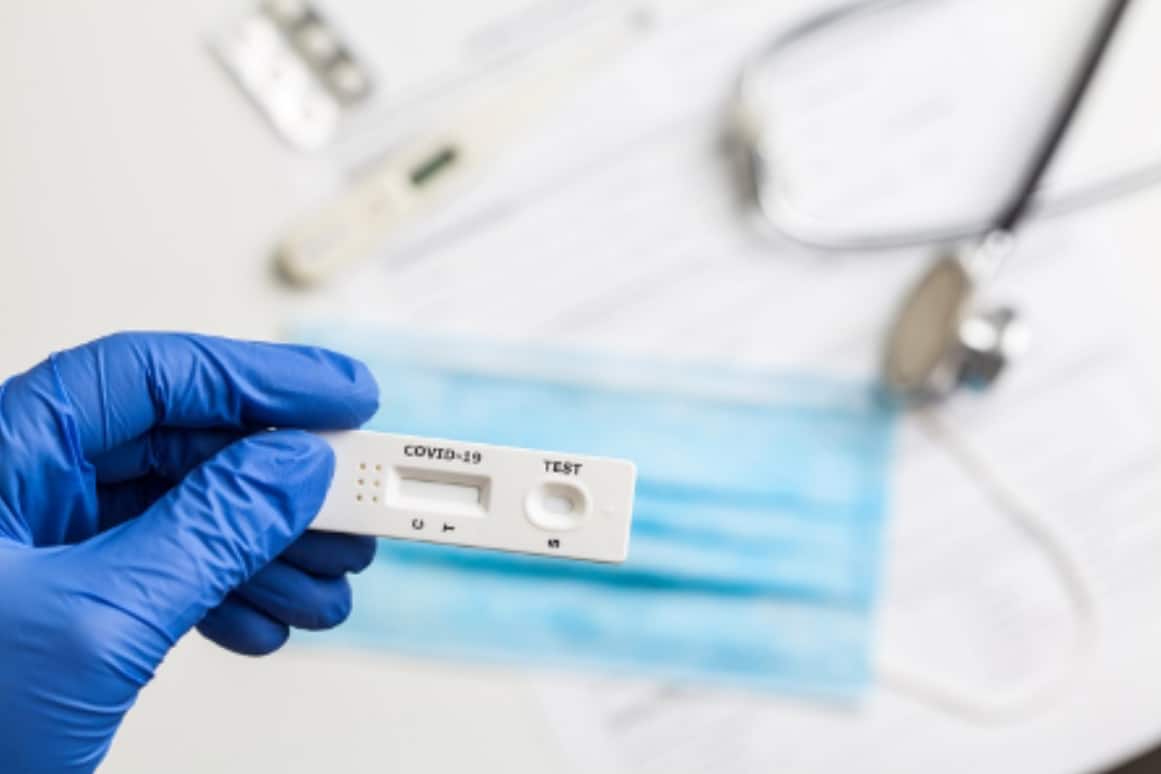 These tests detect the presence of IgM and IgG antibodies.

These tests are less complex than the RT-PCR. They detect the presence of virus-fighting antibodies that are produced by an infected person’s immune system. The immune system first produces the IgM antibody, which peaks and then declines, followed by IgG, which usually appears after a few weeks and persists for much longer. Traditionally, the presence of IgM antibodies signifies an acute infection, while the presence of IgG indicates a resolving or prior infection. However, in the real world, it is not that simple. People infected with SARS-CoV-2 make both IgM and IgG within the first week or so with highest levels occurring in the second and third weeks of illness. By the seventh week, IGM levels are extremely low to zero while IgG levels persist – but we really do not know for how long.

As it turns out, our immune system produces antibodies that target several components of the SARS-CoV-2 virus. Antibodies are like a key that fits a specific lock – in this case, a particular portion of the virus. Thus, depending on which specific components of the virus the antibodies will attack, they differ. So, a test that has been designed to look for one type of antibody, could “miss the mark” even though there are other antibodies against the virus in the test specimen. Also, since there are four coronaviruses that account for approximately 30% of what we call the “common cold,” an antibody test that looks for antibodies against a component shared by other coronaviruses may be picking up a previous non-SARS-CoV-2 infection. So, unless the antibody test was specifically designed to pick up antibodies to unique components of SARS-CoV-2, the result may be misleading. As it is, the various manufacturers have not fully disclosed which components of coronaviruses that the antibodies their test has been designed to identify are targeting. Thus, we can see the potential for a positive test not really being indicative of an infection with SARS-CoV-2 versus a “coronavirus.”

The office-based tests use a lateral flow technique where a medical professional flows a test sample across a strip impregnated with an indicator. The result is either positive or none. This test is in a class called a qualitative or response/no response test. A great example is a home pregnancy test where a control line shows up (the control) and then another line shows up if the pregnancy test is positive. These tests are simple to perform but lack some of the precision of the quantitative tests.

The lab variety is a quantitative test. The most common type is an ELISA (enzyme-linked immunosorbent assay). This test gives an actual titer or amount of the antibody present. With proper validation, a cut-off can be assigned where if the titer is below this level it is considered negative and positive if above. However, the best way to report it is giving an actual titer with comments as to “above what” might be considered “protective”. There are a number of ELISAs. Some measure just IgG and some measure both types of antibodies (IgM and IgG). These complex tests require the skills of a laboratory staff. Theoretically, a quantitative titer can be linked to degree of protection while a qualitative test result can only be loosely associated with protection.

In Part II, I will discuss what an antibody test can actually reveal as well as the pitfalls of reading too much into the results.

Everything You Need to Know About Testing for SARS-CoV-2 (COVID-19): Part II

You might ask, “Why shouldn’t everyone have an antibody test, and if mine is positive, does that mean I am now immune?”

Well, the answer is not so simple but likely is closer to “not really.” A positive test does not give anyone a green light to stop all normal health precautions. Here’s why.

First, you need to understand a few key terms in order to see some of the problems associated with antibody tests:

Let’s look at how these three factors interact, and why there can be problems when widespread antibody testing is used for seeing who is “immune” rather than trying to get an idea of how prevalent a disease such as COVID-19 is in the community.  Let’s look below at the “2×2 table” (an essential tool in epidemiology). 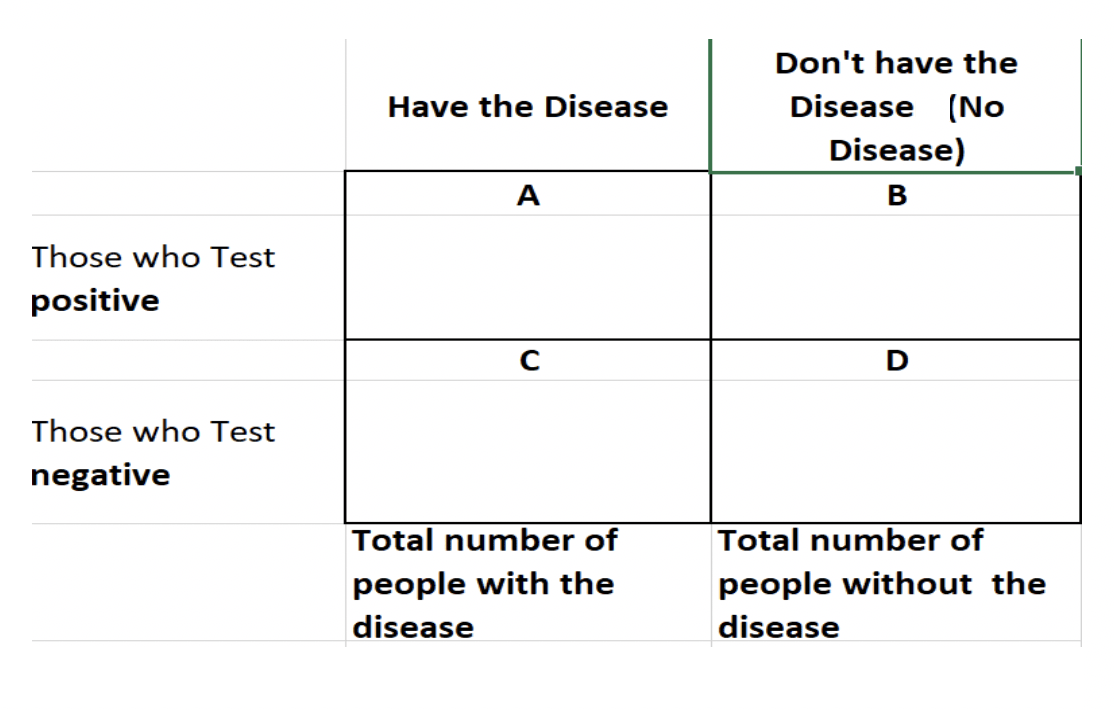 What now complicates this picture is the prevalence of the disease we are testing for. This is how many, or what percentage of the population is infected or has been infected. If 5% of the population has been infected, and, using a city of ~90,000 people as an example, then 4,500 people have or have had the disease (5% prevalence times the total population of 90,000). This is the number under Box C (“Total number with the disease”). Conversely, 85,500 people have not had the disease (the total population of 90,000 people, minus 4,500th [i.e., the number of people who have or have had the disease] gives this figure). This is the number under Box D, (“Total number without disease”) the sum of the column “People without the Disease” – in this case 85,500.

Let us suppose you don’t know whether you may or may not have had a COVID-19 infection. Currently, upwards of 30-40% of people with it may have had minimal to no symptoms (although recently that number has been postulated to be as high as 80%). If you get an antibody test that is both 98% sensitive and 98% specific and the test result is “positive,” then mathematically, there is only a 72% chance that your test was a true positive. Referring to the 2×2 table, Box A contains the number of “true positives” (people who have or have had the disease), and Box B contains the number of “false positives” (people who have never had the disease but whose test result is “positive.”) The total number of people whose test results were positive is the sum of Boxes A and B. The ratio of “true positives” to all the positive test results comes out to 72% (4410/6120). We call this the “positive predictive value or PPV” of a test. This is a number that answers this question: “What is the likelihood that a positive test means I have or have had the condition?” In this case there is only a 72% chance your positive test is really positive, or conversely, a 28% chance that your positive test is actually a “false positive.”

If the prevalence of COVID-19 disease in a community is 3% rather than 5%, then a positive antibody test has a positive predictive value of 60% — meaning that there is only a 60% chance of your result being a “true positive” and a 40% chance it is a “false positive.” So, you can see how important it is to know how prevalent the disease that you are screening for really is. The lower the prevalence, the higher the likelihood that even a good test will have “false positive” results. Note that a test with both a 98% sensitivity and 98% specificity is a really good test! Quite a few of the SARS-CoV-19 antibody tests reviewed by the FDA do not have those parameters.

If you have risk factors for a serious SARS-CoV-2 infection, would you rest comfortably on a test result that has a 25% or a 40% chance of being falsely positive rather than truly positive? Would you stop social distancing, frequent handwashing, wearing a mask, etc., based on the possibility that you really may not have had the disease after all?

Even if the test result you received was a “true positive” result. Does that mean you are immune? The present best answer is “We really don’t know.” Does the presence of antibodies convey immunity, or merely indicates you had COVID-19 and recovered? Studies have shown that upwards of 10-20% of symptomatically infected people have had little to no detectable antibody – yet they recovered.

How long does immunity last? If we look at SARS and MERS, measurable antibody levels persist for one to two years. But these diseases are not the same as COVID-19 and clearly we have learned that they do not behave the same. There are just too many questions for which we do not have the answers. Up until now, we have just looked at the tip of the iceberg and count cases on the basis of hospitalizations, or people being sick enough to seek medical care and be tested with a diagnostic test.