What Are the First Signs and Symptoms of the Flu?

The flu is a viral infection characterized by a rapid-onset of the following symptoms:

Usually there are no stomach or intestinal symptoms in adults, but in children one might experience some vomiting and diarrhea. Respiratory symptoms tend to predominate with the flu and may last from several days (if you’re lucky) to a week or so.

The flu typically lasts 7-10 days, with severe symptoms subsiding in 4-5 days. However, weakness, fatigue, dry cough, and a reduced ability to exercise can linger for up to two weeks.

What is the Difference Between the Common Cold & the Flu?

Although there is a similarity between symptoms of the common cold and the Flu they are caused by different viruses. As described by the CDC  in general, the flu is worse than the common cold, and symptoms are more common and intense. Colds are usually milder than flu. People with colds are more likely to have a runny or stuffy nose. Colds generally do not result in serious health problems, such as pneumonia, bacterial infections, or hospitalizations. It is the rare person who can’t tell the difference between the common cold and influenza- like that of being hit by a baseball versus a freight train!

How is the Flu Spread?

How does one get the Flu? Well, contact with the Influenza virus most commonly occurs by either of two ways:

Study results have varied, but as a rule, Flu viruses can remain infectious on a surface from a few hours to a few days (depending on the temperature, type of surface, and water content). Some studies have suggested that on hands, Flu viruses may remain infectious for up to several hours, which is why we recommend washing your hands frequently and not shaking hands when you are feeling unwell.

How Long is Someone with the Flu Contagious?

People with the Flu can “shed” infectious viral particles a day before and for four to five days after symptoms have started (and this may occur even longer in children and the elderly).

Typically, one person with the flu may infect two non-immune people. So, watch the doorknobs, phones, toys, and other objects (especially those on the desk of a coworker who has the flu).

Fortunately, Influenza viruses are killed by many common household cleaners such as bleach, soaps, hydrogen peroxide, iodine-based cleaners, some of the plant-derived cleaners, and alcohol. Still, there is nothing that replaces good hand washing after contact with a contaminated object during Flu season; the alcohol-based hand sanitizers work, but one’s hands need to be clean and enough product needs to be used.

What is the Best Way to Avoid Getting the Flu?

Get your flu shot – it takes about fourteen or more days for the immune system to mount a good response. Your age, state of health, and the strength of your immune system all come into play in determining how effective the shot will be for you! Also, it is very common for the Flu viruses to strike twice; once during the traditional time, and again later in the season, toward the end of March (referred to as a “wave”). Last year that is what happened; Type A first then Type B later as a second wave of Flu. So, again, it is never too late to get a Flu shot, if you didn’t get it at the beginning of the season. So, if you haven’t gotten it already, “Get your Flu shot now!”

What Types Of Flu Are There?

There are two important types: Influenza A and Influenza B (Influenza C and D being far less important and rare). There are many different subtypes of type A (called strains) and mainly two types of B influenza (referred to as lineages). The A subtypes differ because of changes in certain proteins on the surface of the virus (hemagglutinin [H] and neuraminidase [N] proteins). That is why type A viruses have names such as A(H3N2) where we refer to the type of H and N protein.

There are many different combinations of H and N proteins possible ( there are 18 different H proteins and 11 different N proteins – fortunately many of the possible combinations are unable to cause illness or survive). Nonetheless, each combination represents a different subtype. The different subtypes of A undergo genetic mutations much more commonly than the B types. Hence, each time one of these changes occurs, we see a new epidemic arising; that is why pandemics are typically caused by the A types.

The World Health Organization usually meets in late January or early February of each year to try to choose (really make an educated guess) the strains to include in the vaccine for the next year’s flu season. Influenza viruses mutate frequently and unpredictably, and production of the vaccine can take anywhere from six to nine months’ time, so it really is amazing that there is so often a “match” between what is circulating and what was chosen.
Who Should Get the Flu Shot?

Consequently, everyone older than six months of age should get a Flu shot every year. Even if you do not fall into a high-risk group, getting the Flu places you at risk for complications – apparently “healthy” people die every year from the Flu.

A recent study, published in the January issue of the Canadian Medical Association Journal, showed that in older adults, getting a Flu shot every year was highly effective in preventing severe and fatal infection caused by the Flu, even when the vaccine for that year was not a perfect match.

Another fact to bear in mind is that males tend to have a more severe case, and a higher mortality when they contract the flu; in fact, in a study released online recently by the Infectious Disease Society of America in their Open Forum, found that Flu vaccines are 11% more effective in women versus men; even in older people, where vaccines are generally less effective, women experienced a 19% greater effectiveness in the vaccine compared to men.

What’s In the Flu Shot And Is One Better Than The Other?

Some contain viral particles that were grown in eggs (egg-grown), some grown in cells (cell-culture grown), and some from engineered yeast cells (recombinant), and a live virus nasal spray which the CDC has once again approved for use this year in people 2 years old through 49 years old. This year’s Flu vaccine contains an H1N1 and a H3N2 type A as well as a Victoria lineage type B, with the quadrivalent containing an additional type B (Yamagata lineage).

Currently, the CDC does not recommend one type over the other – just that everyone get a flu shot of whatever type is available! You can discuss options with your healthcare provider, but the bottom line is any Flu shot is better than no Flu shot! 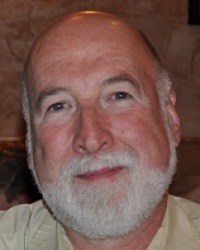